Let’s get the embarrassing thing out of the way first: I have not posted anything here in a year. I’m not proud of that.

Truthfully, my creativity has been kind of zapped since, let’s say, November. And although I hate blaming others for my failures, something has been weighing heavily on my mind. (Hint: it rhymes with Bonald Brump.)

But this past weekend I went to NECon, and that has helped a lot.

NECon is a convention in Bristol, RI that brings together writers, readers, artists, and fans of dark fiction. It’s a bit different than other conventions in that it has a more laid-back atmosphere, providing many opportunities for people to connect and catch up. It’s so laid-back, in fact, its nickname is Camp Necon.

I am from New York, so any trip to Rhode Island involves driving through Connecticut. And I would be remiss if I did not complain about the atrocity that is known as Connecticut traffic.

I Googled the state nickname for CT and knew that whatever it was, I would make the joke that it should be called The Traffic State.

But Google told me that, at one point, CT was called The “Land of Steady Habits,” which I think works better because if you have to sit in all that traffic for all that time, there are any number of steady habits you might develop. 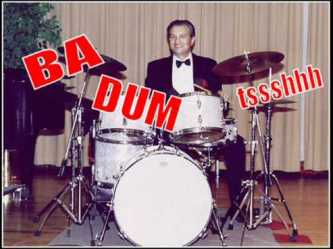 The effects of NECon were almost instantaneous. As soon as I set foot in the Bay Point Inn, the husk that was my creativity started coming back to life. It was almost as if my whole body knew what was coming. Knew about the fun I would be having, about the conversations I would be engaging in, about all the laughing I would be doing. It felt like that scene in Underworld when Kate Beckinsale digs Viktor up one hundred years too early and feeds him her blood. 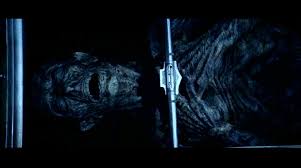 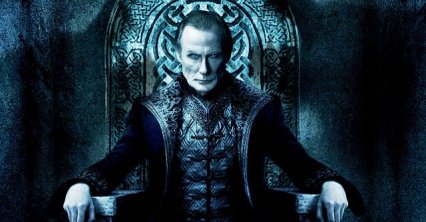 And NECon did not disappoint.

I immediately found my roommate, Marianne Halbert, and the fun began. Mike Squatrito was hosting a delicious dinner in his lovely home, and we were looking forward to seeing him. As we were about to head over, we ran into Amber Bliss, a newbie whom we’d never met before, and invited her to join us. She immediately agreed, and said, “Never get into a car with strangers, unless you’re at a con. Then always get in a car with strangers.” Which is generally true.

We were happy she decided to come with us — she’s awesome. Although if my car had looked like this, I might have questioned her life choices, con or no:

The next day, the panels began. I’ve been on panels before at NECon, and they’ve always been fun. But this year, along with Errick Nunnally, Linda Addison, Hal Bodner, Larissa Glasser, and Elizabeth Black, I was asked to be on the panel entitled “Heroes Like Me: The Importance of Representation in Genre.” Diversity and representation have always been important to me, and I have always given them a great deal of thought. So I was truly honored to be picked for this panel.

But I was nervous. Really nervous. Like, this kind of nervous:

What if I said the wrong thing? It could get very ugly, very fast. Yes, I am usually careful with my words and yes, I am usually good about knowing when to shut the hell up, but people make mistakes.

So I spent the week prior to NECon researching and thinking and practicing what I wanted to say. And when the time came, things went well, and I touched on some of the points I was hoping make. My fellow panelists were engaging and enlightening, helping to broaden my mind on a topic so important to me.

I went to a number of other great panels, but the one that sticks out the most was the Guest of Honor panel, which included Laird Barron, Gemma Files, and Weston Ochse, moderated by Lynne Hansen.

I always try to go to the GOH panel. They have been invited to NECon for a reason, and I am curious to hear what they have to say. Usually I walk away with a valuable tidbit that helps me grow as a writer.

This year was no exception. All the panelists said many interesting things, but the one thing that stuck with me came from Laird Barron. He said (and I’m paraphrasing) a lot of times authors feel they don’t have enough ideas—because they reject what’s coming from their brain as too silly or too frivolous. As a result, the brain eventually stops giving ideas altogether.

Therefore, we should accept it all, take it all in, because inspiration can come from anywhere.

I am guilty of ignoring the ideas, especially as of late, so when I got home, I bought a billion notebooks at Staples. I plan on filling them so my brain won’t turn into this: 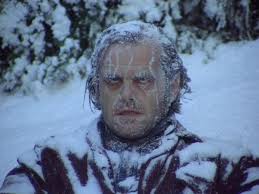 The other thing that made the GOH panel a standout was the openness and honesty of the panelists. At some point throughout the conversation, each one spoke about a personal and difficult experience in his/her life. It was organic and moving, and everyone in the room felt it. Speaking in front of a bunch of strangers about any topic can be challenging. But to open yourself up like that requires a certain amount of bravery. And it made for a special panel.

Overall, the panels were great — they are every year. But in my opinion, the best part of this convention is sitting down and talking with people. I had so many small, quiet conversations with people like Doug Wynne, Cat Grant, John Langan, Tony Tremblay, and Jonathon Lees. Simple chats about writing or movies or whatever, that bring you one step closer to knowing a person and remembering what’s so great about this community.

Although many of the conversations naturally focus on writing, many do not.

For example, I had a wonderful discussion with Brian Kirk and KL Pereira that started with mathematics and meandered its way to feral children.

Then there was the one with Frank Michaels Errington where we railed against CT traffic.

Then there was the other one with Jack Haringa, Marianne, Diana Catt, and John Harvey where we railed against CT traffic.

(Are you getting the point yet, Connecticut?)

The five of us, along with Patrick Freivald, Bev Vincent, Mike Squatrito, and Ellen Williams had an amazing dinner at Thames Waterside Bar & Grill.
For whatever reason, “Thames” is pronounced the way it looks. If you ever want to see a group of writers get uncomfortable, make them say “Thames” they way it looks.

Then there was the conversation with Errick Nunnally, KL Pereira, and Bracken McLeod where we talked about … um … well … golly, Errick makes a strong margarita … 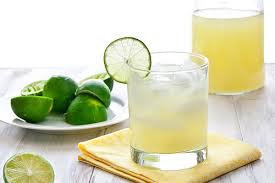 And it was on the rocks, no salt … just the way I like it.

Finally, there were my conversations with Bev Vincent. Quite frankly, any conversation with Bev is a good one. Although he is unassuming and soft-spoken, he shifts effortlessly from one topic to the next with intelligence and wit. He’s a fascinating guy with a wicked sense of humor. I hope you’re lucky enough to meet him one day.

As I said above, as soon as I arrived, I could feel my creative energy returning. By the time I left on Sunday — after all the conversations and the panels and, most importantly, the laughter — I felt completely rejuvenated. It’s one of the best parts of a convention: the inspiration and good spirits that come from your peers. And my NECon peers provide me with so much of both.

As always, thank you to Sara Booth, Mary Booth, Dan Booth, Matt Bechtel, Laura Hickman, and all the people who work so hard to put on such a wonderful con. Once a year is not enough, but it makes our time together that much more special.

Thanks to Elizabeth Massie and the other ladies for including me in this. It was awesome!

2 thoughts on “NECon is the Best Medicine”