About a week ago, legendary singer Ben E. King passed away. Ever since his death, my mind has been flooded with various oldies tunes.

Most people are aware he sang “Stand By Me.” And for many in my generation, this song conjures certain images. 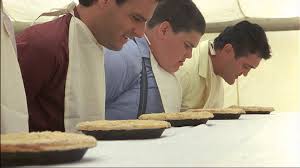 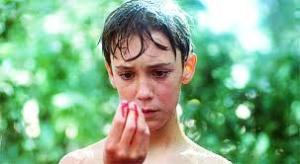 Do you think they used real leeches?

But I had no idea he was a member of The Drifters, who are responsible for great songs such as “There Goes My Baby,” “Save the Last Dance for Me,” and “This Magic Moment.”

These songs reminded me of other greats, including “I Only Have Eyes for You,” “These Arms of Mine,” and “Sea of Love.”

The music is so much fun. And the harmony? Kind of makes you want to soar.

What I really love about these songs, though, is the lyrics. They are creative and, most notably, clean. They lack the crassness often found in today’s lyrics.

Case in point: “Yeah!” by Usher, Lil John, Ludacris, and others. There’s a spot where Luda says:
And Rowl! These women all on the prowl
If you hold the head steady, I’mma milk the cow
Forget about the game, I’mma spit the truth
I won’t stop till I get em in they birthday suits

And here’s this little ditty by Nine Inch Nails:

I want to f*** you like an animal.
I want to feel you from the inside.

When I first heard each of those songs, I was equal parts this:

I know these songs are a couple of years old, but you get my point. And truth be told, I like them both. A lot. Each has something in it that works for me. But let’s face it: it’s not the lyrics.

Going back to “I Only Have Eyes for You“: 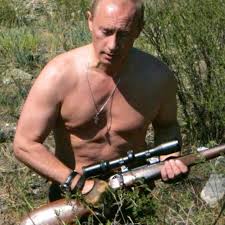 Then again, maybe not…

Or “These Arms of Mine“:

Come on, come on baby,
Just be my little woman, just be my lover
I need me somebody, Somebody to treat me right
I need your arms, loving arms to hold me tight
and I need, I need your tender lips

To me, Luda, Trent, and Otis are basically talking about the same thing. Otis just chose a less direct route. A much less direct route. (Of course, Otis’s delivery carries 90% of the song’s meaning, so he has that going for him, too.)

I don’t mean to get all nostalgic and get-off-my-lawn-ish. I love a lot of today’s music. There is some great stuff out there with lyrics as romantic and sensual as Otis’s (listen to “Mirrorball” by Elbow). And I feel like there’s a place for bold and daring lyrics (yes, that means Ludacris’s stuff, too).

But there’s just something about those older songs…