I usually just post about the former on Facebook. This blog should give a more well-rounded picture of what actually happens.

But let’s start with:

The first is in Anthology Year Two: Inner Demons Out, edited by jOhnny Morse. Published by The Four Horsemen. Check out the beautiful art, by the talented Danny Evarts and jOhnny Morse:

This will be released at Anthocon on November 8th. For more information about Anthocon, click here.

My story, “Mommy’s Not Perfect,” deals with the nightmares of a five-year-old boy.

My husband: “Why do I envision our son when I read this?”

Hubbie: “Did you have to do that to him?”

Hubs: “How many more times do I need to proof this for you?”

The second story is in Bizarro Bizarro, edited by Rock Alexander. Published by Bizarro Pulp Press. The awesome art: This will be released some time in November. For more information about Bizarro Pulp Press and the TOC, click here.

For my non-horror/bizarro-reading friends and family, I realize this cover might imply that the stories involve themes scary and bloody. Maybe they do, maybe they don’t–I haven’t had the privilege of reading them yet. I’m sure they’re awesome, no matter what. But I can tell you that my story, “Plaything,” is neither scary nor goopy. In fact, I hope it gives you a good laugh…or at least a mild chuckle…

The third story is in Miseria’s Chorale, published by Forgotten Tomb Press. The very cool cover:

This should also be out some time in November. For more information about Forgotten Tomb Press and the TOC, click here.

My story, “Choosing My Confession,” is about one man’s struggle with faith.

And now let’s move to:

September and early October brought 5 rejections, most of which came before my acceptances.

It was starting to feel like the autumn of our discontent.

The first one was a total reach, so I wasn’t exactly shocked when they said no.

The second came nine weeks after being told the story made the first cut. So, naturally, I spent the summer feeling happy and confident one day, and nervous and insecure the next. My stomach was a battleground between hopeful, positive butterflies and doubtful, negative ones.

The third. Lucky number three. Fucking three. #3 listed a three-week response time. So on the heels of the first two rejections, and all of that stomach flip-flopping, I thought I had bought myself some time.

They said “no” less than 24 hours later.

I think I still have whiplash…

I know that rejections are part of this whole writing gig. Especially for newbies.

But there are no two ways about it: Rejections…well…

…can go from suck to blow.

I guess the bottom line is, the world of writing is a true roller coaster of emotions.

Perseverance is key, as is a strong support system…which I am truly lucky to have. 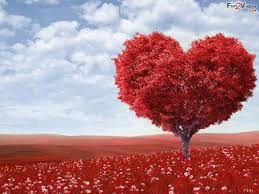 Thanks to my family and friends (old and new) for all the ways you help me.