A few weeks ago, I spent another lovely 3-day weekend in Towson, MD, participating in my third Borderlands Press Boot Camp. Why haven’t I blogged about it sooner? I’ll get to that in a minute…

Although we are affectionately referred to as “grunts,” it’s not this type of boot camp:

Although I wonder what it would take for Tom, Paul, or Doug to go over this particular edge…

Here’s how it works:

It’s an intense writing workshop put on by Tom & Elizabeth Monteleone of Borderlands Press. About 4 months before the weekend, you, the grunt, submit your work, whether it’s a short story or the first 3 chapters of a novel. During those 4 months, all the grunts and the instructors (Tom, F. Paul Wilson, and Doug Winter) read the submissions, line edit them, and critique them.

Then, during the Saturday of the weekend, you break into small groups (1 instructor, 4 grunts) and discuss each other’s stories in detail. The groups rotate throughout the day so everyone spends time with each instructor.

To be on both the giving and receiving ends of criticism is a daunting task. Especially for something that you’ve put a lot of time and energy into. And although most people are usually professional and kind, I think Tom should provide us all with one of these:

For hyperventilation or nausea, depending on one’s constitution…

At the end, you get to keep the manuscripts that everyone, including the instructors, has line edited for you. After 3 years of doing this, I’ve come to expect my manuscripts to look a certain way from each of my instructors.

In addition to getting your ass handed to you on Saturday, you are treated to some truly wonderful lectures on Friday night. The instructors go into great detail about the rules of writing, with a focus on voice, point of view, and plot. It is during those lectures that you realize how much the work you had submitted really sucked (see image of brown bag).

But…on the flip side, you learn a metric ton about writing. Not only are Tom, Paul, and Doug excellent writers, they are amazing teachers. They are clear and concise, use accessible examples, and field questions with ease and humor. Because of these three guys, and the many wonderful grunts I’ve met, my writing has vastly improved…so much so that I am proud to say I have 4 stories published. And that would not have happened if I hadn’t attended Boot Camp.

The only real drawback to Boot Camp is that it forever ruins your ability to read for pleasure. Whenever I read now, I feel a lot like this, 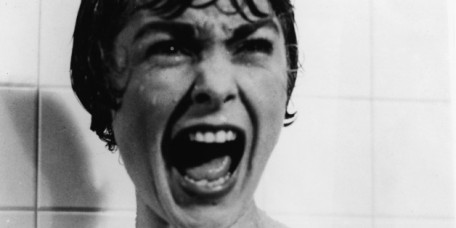 Whose point of view are you in??

Who gives a shit what color his eyes are???

Another cool thing that happens during the weekend is a presentation by a guest speaker. This year’s was given by Richard Chizmar, last year’s was by Brian Keene–both interesting and nice guys  with a lot of helpful information. And not only are they motivational and informative, they have not read your submission and, therefore, cannot crap all over you for what you wrote.

The last thing that happens is a writing assignment. Given to you Friday night, it’s a      500+ word scene/vignette/story. You are expected to write it using the rules you have been taught during the weekend. And it’s read out loud on Sunday morning by an objective third party. This year’s third party was Matt Warner. He was amazing…

Because of this assignment, I usually end up logging 5 hours of sleep. Total. And by Sunday, here’s what everyone feels like:

I’m the one in the back…the cute one’s Tracie, my roommate.

Speaking of Tracie, I’ve met some amazing people at Boot Camp. It’s a work-intensive weekend, so you don’t get a lot of time to socialize, but you get to eat with your fellow grunts and sometimes brainstorm ideas for your assignment. This year, Tracie (the owner of Ragin’ Cajun) supplied dinner from her restaurant. It was delicious!

Plus, the shared experience of the weekend is something we all bond over.

So back to my original question: Why haven’t I blogged sooner?

The answer is simple: because of Boot Camp. One of the unexpected things that happens when you get home from your weekend is the amazing desire and energy to write. Yes, you’ve lost lots of sleep and yes, you might have taken a beating, but now you know something about writing. And now you want to put it to good use. So I haven’t blogged because I’ve been writing, working on some things I’ve been slacking on, as well as editing my submission from Boot Camp. It’s fun. Exciting. And two weeks out of Boot Camp and I am still riding that writing high.

Doesn’t get much better than that…for a writer.

Special thanks to the Monteleones, Paul Wilson, and Doug Winter for another fun and helpful year. And to Tracie…for making me laugh.