Okay … I know what you’re thinking: Who let Yogi Berra take over the blog?

No one. Although I have to say my favorite Yogism is “Nobody goes there anymore. It’s too crowded.”

And, no, this is not one of those posts where I’m going to put on my tough guy voice and say, “If you’re serious about writing, you need to get your ass in the chair and do the work.” Yes, that’s true, but that’s not what I’m talking about.

I’ve recently started writing a new novel. It has nothing to do with the one I just finished, so I’m breaking new ground: new characters, new world, new magics, new backstory. It’s a little daunting but mostly exciting.

I still consider myself to be pretty new to this whole writing thing, especially novels, so I don’t quite have a routine down yet.

I have noticed that, in the beginning, I need to allow myself some time to think. Just some pure thinking and nothing else: to tease out an idea, as well as play around with some characters, plots, and settings.

That’s good and necessary … to a point.

If I’m lucky, the first part of the thinking stage is usually pretty productive: I hear some dialogue, envision a climactic scene, start to develop a character or two.

Then invariably I hit a roadblock, become frustrated, and get distracted by this: 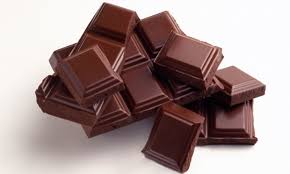 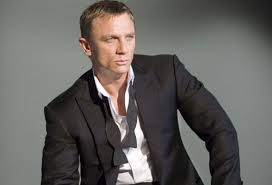 After my internet fix/snack break/day dreams, I get back to business and think some more. Then I get frustrated again. Because it’s worse than before. This time, nothing is coming to me.

And after another ten minutes of annoying frustration, I’m back to the interwebs/food/James Bond stuff.

I finally shake off the distractions (again).

Then the bad thoughts come. (And they always have loud, angry voices, don’t they?)

Maybe this idea wasn’t that good.
Maybe you’re not trying hard enough.
Maybe you should go back to being a math teacher.

But before I hang it all up, a tiny little voice worms its way through all those loud, angry voices.

It says, “Just fucking write. Write something. Anything. Write about your frustration. Write out the bio of one of the characters. Write out a scene where two of your characters argue over who the best James Bond is.”

The angry voices say, “But this is a fantasy. They don’t even know who James Bond is!”

To which the tiny voice says, “Who gives a shit? Just write it.”

And the angry voices think:

Someone’s got a potty mouth …

Granted, it’s not the most brilliant of brainstorms. I’m a writer; I should just write, after all.

For whatever reason, though, I get caught in that crazy, little cycle, and I freeze up.

Eventually I decide to listen to that tiny voice (who now says, “It’s about fucking time!”), and I start writing. Sure, the words that first hit the paper sound like a four-year-old wrote them.

But after a few minutes, the craziest thing happens: a whole world opens up. Ideas start to jibe; characters start to develop; a plot line becomes clearer; dialogue starts to flow more easily; and random, new characters appear out of nowhere. 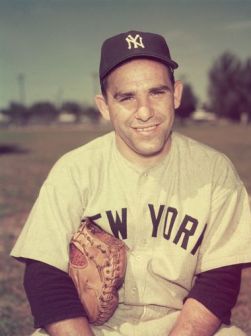 All of these things may not happen in one sitting. But they do happen over the course of
time … after I’ve made myself put the words on the page.

And before I know it, I’ve made some decent progress.

and I also feel a little bit of this:

… although I don’t want to make this sound like more than it really is: it’s writing fiction not performing brain surgery (or giving out cars), for god’s sake.

But in the confines of being a writer, when you’ve created something out of seemingly nothing, when things start to gel in an unanticipated way … it feels magical.

And all it took was a little writing.